Charity Chuckle is Brighton’s first and best charitable comedy night. Running since June 2009, the organisers, Jim Holland and Kerry Herbert, have made loads of money for small local charities and community groups in the Brighton and Hove area. They’ve also introduced some of the best new comedians to Brighton, including Josh Widdicombe, Aisling Bea, David James and Hannibal Buress (USA Best Club Comedian 2012), and they consistently book quality comedians who go on to win multiple awards while still showcasing at least one brand new act each month.

Why do they do it? Because they are curmudgeons and bitter with it. Laughing at others is the only thing that cheers them up. 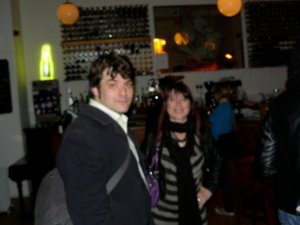 “A really funny and fun night… one of the best things we have ever done.” Lynn Stevens, Target TB

Charity ChuckleDecember 7, 2016
Stand Up to End Violence against Women with BRIDGET CHRISTIE.